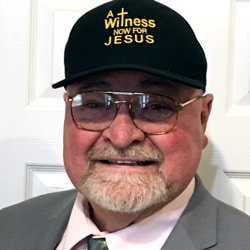 He now organizes an annual Witnesses Now for Jesus conference in southeastern Missouri, and he writes and speaks in churches about his experiences.

Smith served for many years as a Southern Baptist missionary on the Interfaith Witness team with the North American Mission Board. He also has served as a pastor in Missouri, and has authored several booklets on Watch Tower beliefs and practices. He’s an active member of Sonrise Baptist Church in Bonne Terre, Mo.