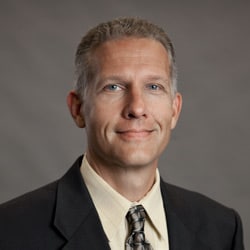 Scholar in Residence
Missouri Baptist Convention
Jefferson City, MO
Biographical Information:
Dr. Bill Victor serves on the Making Disciples Group and as the Scholar in Residence for the Missouri Baptist Convention. He earned his PhD in New Testament from Southwestern Baptist Theological Seminary in Fort Worth, Texas. He also has taught as an adjunct professor at Southwest Baptist University, College of the Ozarks, Hannibal LaGrange University, and Liberty University’s School of Divinity.

Bill has served several churches as interim pastor. He has been married to Chris since 1993. Their daughter Maggie is a student at Baylor University.
Topics Covered:
The Gospels as history; historicity of the resurrection; formation of the Canon.
Phone: 573.680.4265
Email Bill